What is the fourteenth word on page 118 of Being and Showtime?

Will there ever be more copies of Being and Showtime printed?

No.  I mean, probably not.  It doesn't seem very likely.  Each one requires not only the publishing cost for the publisher but also the cost of creating all of the inserts and ephemera (which is actually a cost that is only slightly less than the publishing cost of the book itself).  Plus, every copy of the book has been hand-assembled.  By me.  And that means a huge investment of time.  So while just like that noncanonical Bond film that ripped off "Thunderball," I once vowed I would never say never again, the odds are not very great that there will be a second edition.  The books on sale here are actually being sold at a loss.  Non-profit, yo!  And once these are gone, they will be gone forever.  Definitely.  Probably.  No: definitely.

What is the 100th digit in the decimalization of Pi?

My copy of Being and Showtime has some of the page numbers running backwards.  Was there a printing mistake?

No.  Think about the topic of the chapter in which that is happening.  Wait for it...a little more...almost...a-ha!  You got it!

What is the only animal with four knees?

The elephant.  Elephants are amazing.  They have more than 150,000 muscle units in their trunks.  They communicate, in part, through seismic vibrations through the ground that they can feel in their bones.  They have emotionally complex lives and have been known to commit suicide rather than spend life in bondage as a slave to a human.  Elephants are great.  Animals are great.  Plants are awesome (oh, trees!).  Rocks are super-cool.  It's all pretty terrific, really!

Does Being and Showtime make a lovely quinceañera gift?

What dance is Danielle performing in the flip-book movie in the book?

That's a Javanese Court Dance called bedoyo which she performed in the very first lecture-performance, "The Mourning Show," in 2006.  In the flip-book movie, Danielle is wearing a costume created by Tina Valgenti, the same amazing designer who made my James Brown-inspired cape.  The flip book images were created by Greg Scott (with assistance from Ben Scott) by using a high-speed camera to take hundreds and hundreds of still photos over the course of a one-minute dance performance against a blue screen.  The screen was then digitally removed in a painstaking process that involved manipulating each image individually.  We wound up with enough images to create a 50% longer movie than what is included in the book—but better too many than too few!

Being and Showtime has been out for a while now. Has it changed the world?

The revolution is brewing....

Is it true that the tarot card and poker card inside each copy of Being and Showtime are removable and that there are actually two different versions of the tarot card, each randomly assigned to copies of the book—and thus if I own only one copy I likely don't own both tarot cards (unless I acquired the other one by purchasing a combo-pack or bought it on the black market), consequently making it such that I must live with the fact that my completist nature will be unfulfilled?

The Who or Led Zeppelin?

After scratching the scratch-and-sniff sticker in my copy of Being and Showtime, like, a thousand times, it basically doesn't smell like anything anymore.  'Sup with that?

It is the nature of all things that come into being that they, too, shall pass away.  It still smells like a book, though, I bet.

What should I see when I look into the mirror inside my copy of Being and Showtime?

The abyss gazing back into thee.

Two, at most three, times

What is the answer to the question, "Am I allowed to submit a question to HPS using the comments section which he must answer 'Jeopardy'-style?"?

Have you ever experienced déjà vu?

Yes.  It happens to me often, actually.

Do you have any personalized lucky lottery number suggestions for me?

Did Edmund Husserl ever write passionately from the perspective of an object?

“There is still more to see here, turn me so you can see all of my sides, let your gaze run through me, draw closer to me, open me up, divide me up; keep on looking over me over and again, turning me to see all sides. You will get to know me like this, all that I am, all my surface qualities, all my inner sensible qualities."

I see you mention both "Star Wars" and "Star Trek" on page 139 of Being and Showtime.  Do you have a preference?

Spock has been my hero since the day I was born.  As for "Star Wars," there are no heroes to be found in that world.  The Jedi are self-righteous bullies and the Republic was already an empire.  Want to read my full anarchic take on "Star Wars"?  Find the little light saber on the page with the old fake Reese's commercial and then click on it.

What explains the EPR Paradox and quantum entanglement?

Imagine a saddle shape (such as the space between your thumb and forefinger) passing through Flatland.  First two points appear; only later is it revealed that the points are the "endpoints" of the saddle—a singular thing.  Conjecture?  Totally.  But the negative curvature of any given point on the inside of a torus (due to planar cuts that create curves bending in opposite directions with respect to the tangent plane at that point) is a common shape in three-dimensional space, with negative curvature typically minimizing energy and maximizing entropy.  So...why not?

Have you ever experienced déjà vu?

Yes.  It happens to me often, actually.

Depends on your definition of "real."  Are you real?

How will the universe come to an end?

This one is a head-scratcher.  I used to be pretty convinced that it would be the thermodynamic heat death in which everything comes to an end by reaching something close to absolute zero and all of the tiny bits of matter that have been spit out by evaporating black holes (through Hawking radiation) are so far away from each other that they are beyond what is called their "causal horizons."  That will probably happen in 10^100 years.  I talk about that in this book in a couple of places.  There is always the chance of vacuum decay, though, which would be a horrible way to go.  As the Higgs Field was forming right after the Big Bang, it started at a high potential and slid down, heading toward a perfect vacuum. But it’s possible that it could have got “caught up” in a false vacuum along the way—a low point but not the lowest point.  It turns out that when calculations were done on the Higgs field based on the data from the Large Hadron Collider, it seems overwhelmingly likely that the Higgs is stuck right now in such a divot—a “false vacuum”—and with a push, it could go to a lower state (i.e., a more “complete” vacuum).  That would start a cascade effect in which a bubble of new spacetime, with brand new attributes and rules governing it, spreads out at the speed of light, eventually destroying our universe and replacing it with a new and alien one that certainly won't be similar to ours and thus not conducive to our life or matter's way of being as we know it.  So there's that.  But these days my money is on the Big Rip.  In 1925 Edwin Hubble discovered that the universe is expanding (NB: this was all based on Henrietta Swan Leavin's work; she wrote the equations that made Hubble’s calculations possible 20 years earlier, though she was passed over for the Nobel because...patriarchy).  Hubble showed that there is a direct relationship between the speeds of distant galaxies and their distances from Earth. This is now known as Hubble's Law.  In the 1990s we found out that this speed is actually accelerating; and in 2019 we found out that it is accelerating even faster than we thought!  We use the term “dark energy” to describe what’s driving this. It’s sort of an anti-gravity energy (repulsive instead of attractive).  The question is what is the ratio between the dark energy pressure and its energy density (which is sometime called “phantom energy”); the density might stay the same in any area of space as it expands. If it does, we’re okay. But if it doesn’t….  Well, if the acceleration continues then the space between things will expand at an ever-increasing rate. Eventually, the speed of spacetime’s expansion will be faster than the speed of light. (This is not a violation of Einstein’s theory because spacetime is not a thing that is going faster than the speed of light; it’s the space between things that is expanding faster than the speed of light.)  As things rush away from us beyond the speed of light, it means that their light will never catch up to us. They will disappear. Little by little, the sky will go dark.  When things are beyond this distance and continue moving beyond the speed of light, they are also beyond the causal horizon—there can be no connection whatsoever between them and us (they are essentially not in our universe any longer).  It is estimated that this will all happen in about 22 billion years. But given that the universe is 13.8 billion years old now, it means that we’ve already used up more than a third of the universe’s life-span. (If the universe were a human that lived to 75 years old, the universe would be about 29 or 30 years old right now.)  So if it's the Big Rip that is coming for us, what will the end look like?  Eventually, all distances will diverge toward infinity, but here’s the timeline (and how it will speed up) from our perspective if it happens:

The upshot is: no matter what, it's almost surely all going to end.  So get a copy of Being and Showtime, love each other, fight for a communitarian anarchic revolution, and be grateful you are alive right now even if you are sad and/or suffering.

Is that all there is? 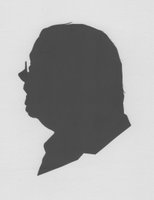