A Division of Sawbuck Productions, Inc. 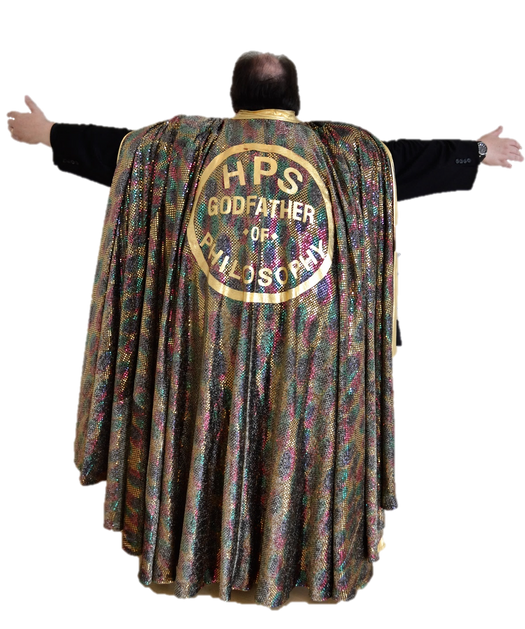 Being and Showtime is a call to arms. In inviting the reader to perform the text, thus becoming an active contributor in an artistic collaboration, the work asks nothing less than that we liberate scholarship from its dry, tragic ethos and rediscover what it truly means to find joy in thinking. Each of the texts gathered here challenges the traditional way in which an argument is made. Originally given as scholarly lectures that included performative elements, Being and Showtime, the book, investigates the ways in which the material format of a book might help contribute to the arguments contained in the text. Along the way, topics such as the nature of time, the origin of life, the need for anarchic revolution, the problems with sustainable energy initiatives, the moral status of plants and rocks, the construction of reality, and the life and death of the subject as well as the cosmos are all dealt with by means of both a careful philosophic analysis and an artistic performance of the issues involved. The book itself is meant to be “disruptive,” offered in the instructive spirit of testing the boundaries and abilities of the medium to relay the message, calling on the reader to live life as a work of art; to be an ethical, political, and artistic revolutionary; and to help bring about a future in which our mutual flourishing is realized.

“Only a scholar of Peter Steeves’ genius could successfully compose a book of this quality and originality….  I firmly believe that Being and Showtime will become a contemporary classic.”

“Steeves has taken philosophy out as a travelling roadshow, and in the process created his own unique set of provocations, enabling audiences to experience the embodied process of thinking….  [I]t feels like a revolution in the way we might go about doing our work in the future.”

“Being and Showtime is a contemporary masterpiece that…puts theory into action and brings it into being.  What you hold is an all-embracing artform that could only come from one of the wildest minds at large.”

BEING AND SHOWTIME is...

one of a kind!     much better than Cats!     the first scholarly book ever published with a pop-up page! 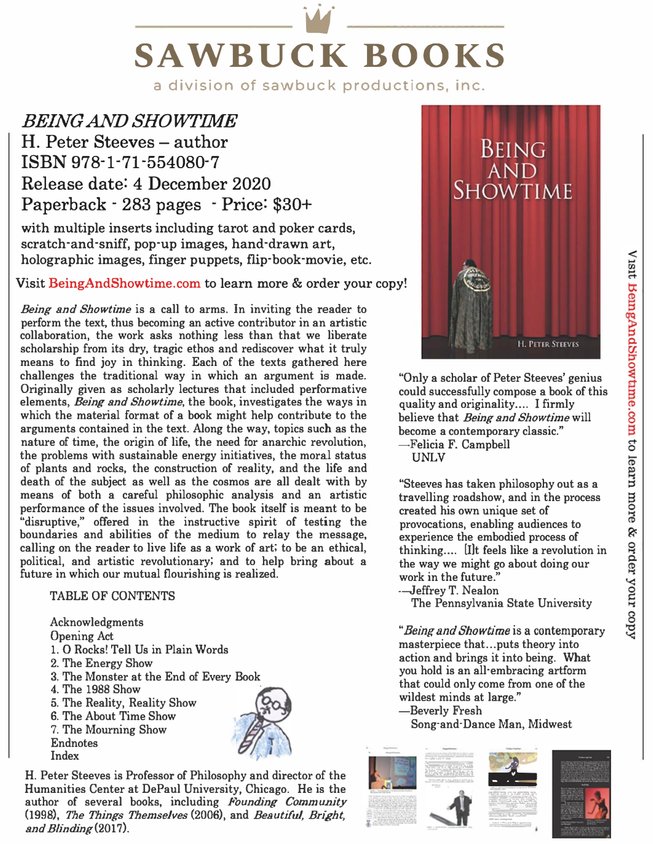 Right-click or drag this image to your desktop to download the official book flier from Sawbuck Books. 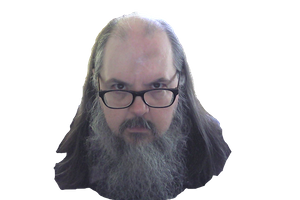 CLICK BELOW TO SEE THE BOOK'S TABLE OF CONTENTS

Table of Contents
Back